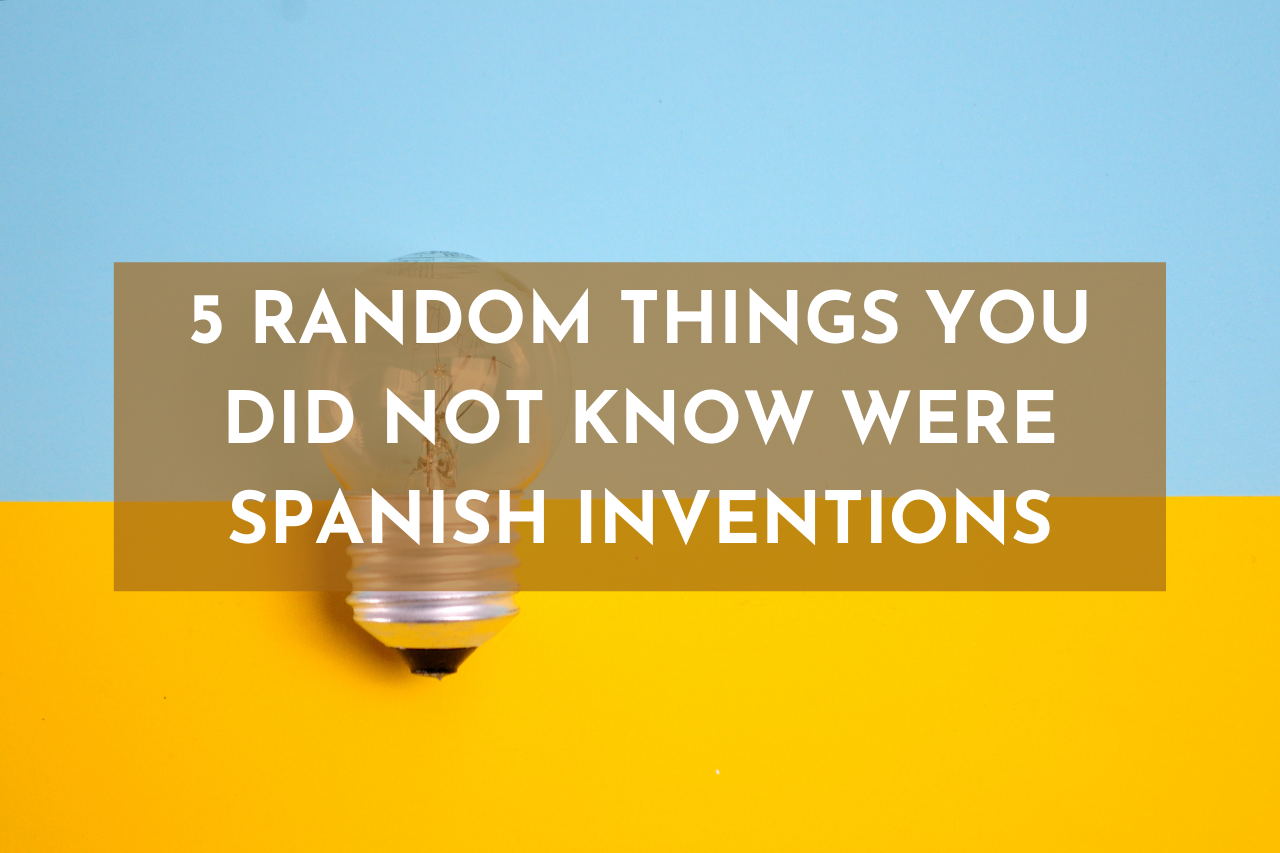 You might have many foreign friends who are proud of their country‘s heritage and go bragging about it all over the place. One of the sources of national pride is also inventions that inquisitive minds have made over the centuries. Italy has the pizza, Hungary has the Rubik‘s cube, Estonia has Skype – and you are quite likely to hear about this from citizens of those countries. You might be wondering: what would your Spanish friends brag about at the bar in Madrid? Here is a 5-item, yet definitely a non-exhaustive, list of inventions Spaniards have created and thus made their mark in the world. Many of the items might be something you have at home and cannot live without!

An essential in every leisure zone, the star of the party – table football – was invented in Spain in 1937. While similar table games have existed since the late 19th century, and some similar patents were made before, the patent for modern-day table football was actually made in Madrid by Alejandro Finisterre. Knowing that the Spanish civil war was raging at the time, this table version of everyone’s beloved football might have provided comfort for injured fighters and continues to entertain all of us to this day.

Whether this is the one invention you might feel thankful for or not, tobacco had been smoked in the Americas for a long time before Spaniards brought it to Europe. The plant wraps were replaced by maize paper, and later on by fine thin paper leaves for wrapping, which resulted in something similar to a modern-day cigarette. From Spain, it went to France, received the name „cigarette“ and spread to the rest of the world.

If you believe that „this too shall pass“ and „virtue is the only good“, you might have to thank Spain again! While Stoicism is an ancient Roman philosophy that appreciates resilience, virtue and takes nothing for granted, two of its most important thinkers both originated from modern-day Spanish territory. Philosopher Seneca was born in Cordoba, while „the philosopher emperor‘s“ Marcus Aurelius‘ family also came from the Roman empire region around Cordoba.

Spanish political and economical supremacy during its imperial period has resulted in the first-ever world currency – the Spanish dollar. The silver coins that the Spanish Empire produced ended up being used all over the Americas, Asia, and Europe since the Spaniards had extensive trade routes across the Atlantic and Pacific oceans. The coin was pure and of high-quality, so it was a widely used currency between the 17th and 19th centuries.

Do not be mislead by the name – Molotov was the Soviet foreign minister, and this simple incendiary weapon was dubbed after him by the Finnish during the Winter War. However, the bottled mix (cocktail, if you like) of gasoline, alcohol, motor oil with a source of ignition has first been used during the Spanish Civil War by Franco‘s Nationalist forces. Since then, it has been used in many military conflicts and held significance in not only revolts but also justice movements, such as the Irish Independence War or even modern protests from Hong Kong to the USA.

These five random examples of Spanish ingenuity are definitely not the only ones – the scientists, artists, thinkers and other geniuses of this country have contributed to the world with many discoveries and inventions. It is also debated that Spaniards invented the mop, rules of modern chess, the concept of human rights, and even lollipops. Too much to name in a single article – yet just enough to brag and feel proud about.

Why you should visit Morocco