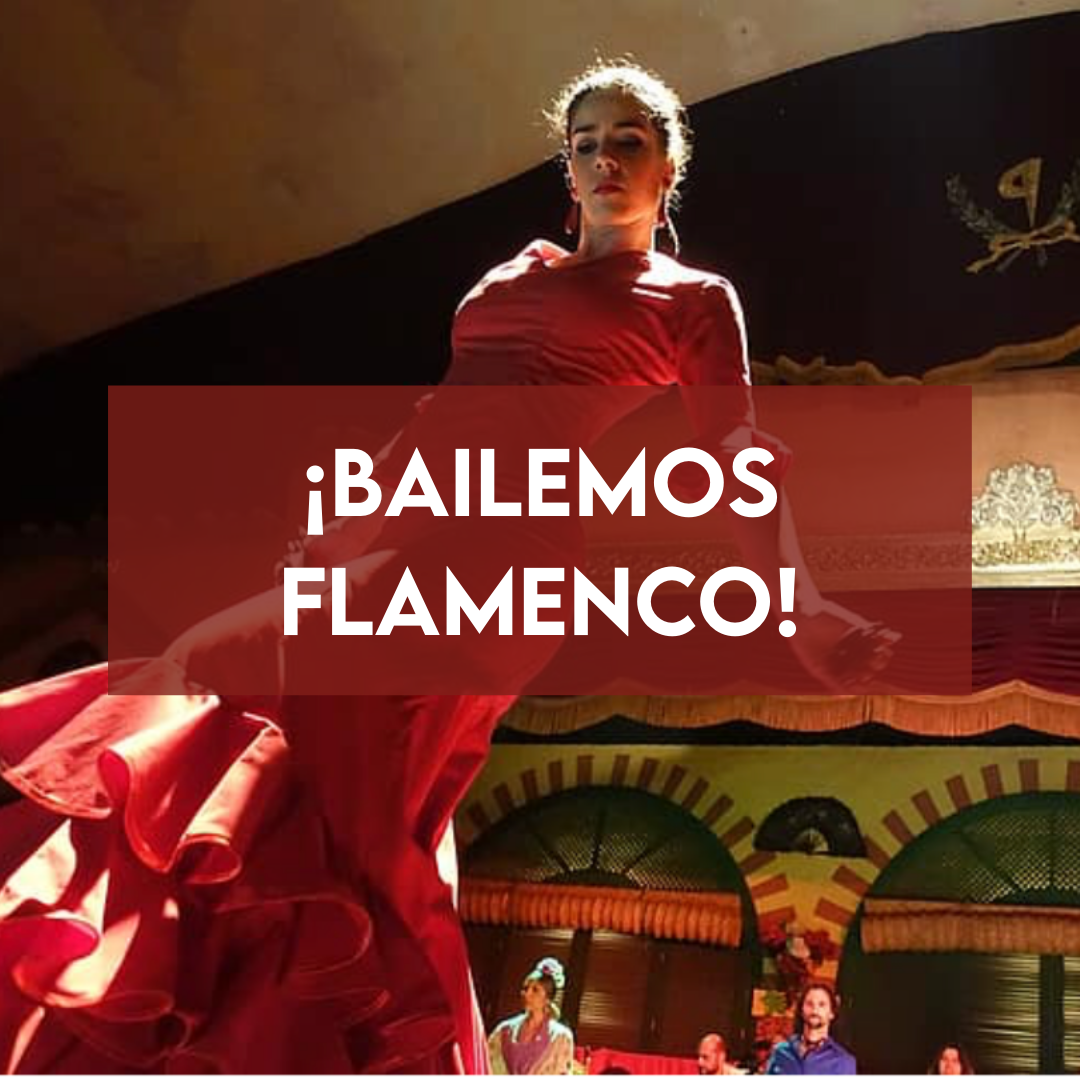 One of the amazing wonders of visiting Spain is being able to sit back and relax while eating authentic tapas and the best sangria while appreciating the talented flamenco dancers for their performance. Flamenco originated in Andalusia, Spain, which is the southernmost autonomous region of Spain. The region is located north of Morocco and separated from the continent of Africa by the Gibraltar Strait. It is said that Flamenco began sometime between the 9th and 14th centuries as a result of the Roma migration from Rajasthan in India to current-day Spain. The Romas in Spain are referred to as gitanos, or gypsies in English. The reason why there are unknown parts to the history of Flamenco dancing is because of the Spanish Inquisition. Since Flamenco was the result of the mixing of the Roma, Sephardic Jew and Moorish culture, this dance was almost eradicated. The Sephardic Jews and Moors were the largest populations at the time of the Spanish inquisition, and were left with three choices: convert to Catholicism, flee to a nearby country, or be burnt at the stake. This was because the Catholic Church and Spanish monarchy was growing weak and disliked, so in an attempt to bring religious unity to the country individuals were left with the previously mentioned options. This directly affected Flamenco as it was dependent on these groups for its existence.

After the Inquisition is when Flamenco gained serious popularity amongst all Spaniards. When Flamenco gained popularity in Spain outside of Andalusia is called the Golden Age of Flamenco. Of the four aspects of Flamenco music and dance, singing (also known as “el cante”) was the most important part. Flamenco dance and music initially was a family-oriented activity. This is partially why Flamenco dance and music almost became extinct during the Spanish Inquisition. A breaking point for Flamenco was in the year 1842, where Silverio Franconetti became the first café owner to welcome Flamenco dance and music into his establishment Café sin Nombre. This soon became a popular idea among small restaurants and cafés around all of Spain, but had begun to destroy the art form’s true meaning and beauty. In order to rid Flamenco of societal changes, a movement in 1922 called Cante primitvo andaluz took place. This movement claimed that what was once a cultural piece of art became bastardized and was in much need of a restoration of it’s purity. The Cante primitivo andaluz movement was successful in saving the reputation of Flamenco dance and music, but artists in today’s age continue to put their own spins on the traditional songs and dances. As you will see later in the presentation, Flamenco-style music and costume also influences the pop-music industry as well as the fashion industry.

The second important event in Flamenco’s history timeline is called the “Theatrical” period, or as the Spanish refer to as the Ópera flamenca. During the years of 1892-1956, Flamenco music and dance truly took off and became a large source of revenue for store owners and the performers. As a result, larger venues such as theaters began to book Flamenco performances which gave rise to the era’s name. Another possible reason why this was called the “Theatrical” period is because of the melody and harmony used in much of the palos, or types, of Flamenco. The melodies and harmonies tend to reflect that of arias in opera as the notes tend to follow a succession in a descending manner. Flamenco performers were given a lot of flack for falling to the powers of commercialism and putting an economic value to a cultural art form. During this period, the most common palos were the personal fandango, the cantes de ida y vuelta and the song in bulería style. As a result, a new genre of music called copla andaluza or canción española came about. This new genre is a type of ballad that had several influences like those from zarzuela, Andalusian folk music, and the flamenco itself.

As previously mentioned, Flamenco has four components: toque, cante, baile and palos. Toque, the noun derived from the verb tocar meaning to play, refers to the instruments used in Flamenco. Flamenco has a special guitar which was derived from the Lute. The original Flamenco guitar was made of Spanish cypress and spruce, and the interesting composition was used to evoke a different timbre than a traditional guitar. One part of the Flamenco guitar that sets it apart from traditional guitars is a part called the barrier, or a golpeador in Spanish. The barrier, which is made of plastic and resembles that of a guitar pic, is meant to protect the guitar from the finger taps, or golpes. Even the way that the guitar is used in comparison to that of a traditional guitar is different since the guitarist typically uses different strumming patterns and styles.

The cante, or singing, part of Flamenco is divided into two categories: strict rhythm pattern, also called compás; and free rhythm, also referred to as libre. Compás can be further subdivided into four specific cantes: solea, siguiriya, tango and fandango. There are subdivisions of compás based on the main cante present in each compás. Solea can be even further divided into four more categories: soleá, romances, soleá por bulerías; alegrías (cantiñas), la cana y el polo. On the other hand, there are free rhythm cantes also known as libres. As you can infer by the name, these cantes do not follow the same rhythm pattern of the compás and are much more fluid and tend to change often.

The third part of Flamenco is the baile, or the dancing. The baile has become one of the most distinctive and recognizable parts of Flamenco as it’s highly expressive and the dancers tend to wear elaborately-adorned dresses. Performers use sweeping arm motions and follow a rhythmic foot stomp pattern. When there are no instruments available, the dancers use their shoes to establish and maintain the rhythm of the song. These dances, while it’s hard to believe once you’ve seen a performance, are not choreographed before-hand. Like previously mentioned, these dances started off as house dances that were passed down from generation to generation until Flamenco gained popularity throughout the autonomous regions of Spain. Another feature of the baile is the use of castanets which are the small, noise-producing objects in their hands. They make a clicking sound and can also be used to establish the rhythm of the cante.

Lastly we have palos, which is another way of saying a Flamenco music style. There are several ways to divide palos, including: rhythmic pattern, mode, chord progression, stanza form and geographic origin. Palos tend to be classified based on the emotion they try to evoke, but this idea isn’t set in stone. Sometimes palos can be classified on the phrases they tend to repeat throughout the performance, often referred to as falsetas. The last way palos are classified is based on the cultural traditions and norms surrounding a specific palo. To give a better idea as to the emotion a palo can evoke, we can examine three different categories: cante jondo (also referred to as cante grande), cante chico and cante intermedio. Cante jondo, or cante grande, usually classifies a palo as serious while cante chico is referred to as light-hearted. Cante intermedio, as one can probably infer by the name, is the category that palos that don’t seem to sit in any other classification. While these are just some classifications, it’s important to know that these are all generally fluid and are not set rules. The classification of a palo is dependent on how the performers interpret and utilize the dances and songs.

The last part to dissect when examining Flamenco music is its rhythm which is commonly referred to as compás. It is said that Flamenco music is similar to Jazz in the sense that musicians feel the beat instead of mechanically counting. Flamenco music follows three different time measures: 2/4 or 4/4 time, ¾ time, or a unique rhythm called a 12-beat cycle. This is important because how a measure is written determines which note “gets the beat”, or rather which notes will be on the downbeat or the upbeat. 12-beat cycles are a mix of different time measures and depends on the type of palo played or performed. The 12-beat cycle is a common characteristic of music and dances in Latin American countries, but proves to be difficult when scoring music since it doesn’t follow a typical downbeat pattern used in modern day music.

While Flamenco music is unique and certainly important to understand when watching a performance, one of the most recognizable parts of Flamenco is the dress. Flamenco dresses have a long history and originally were worn around the house and to run errands with the wives’ husbands. Obviously, this has changed since they first became popular in Spain and Spanish culture. Flamenco dresses were recognized as an official part of Flamenco dance in the 1800s, but did not become truly integrated into everyday life until 1994 with the International Flamenco Fashion Show, or commonly referred to as SIMOF. This is where designers from all parts of the world can display the year’s newest trends in Flamenco dress which range from ruffles, sleeve length, dress length, and much more. Modern day dresses vary in design by their neckline, length of the whole dress and/or the sleeves, as well as the flight in the skirt. As pictured, this Flamenco dress has a boatneck neckline with long, ruffled sleeves and several ruffled layers in the skirt of the gown. Accessories are also quite important to the look, and it’s common to see Flamenco dancers with flowers in their hair, shawls on the front of the gowns, fans and/or castanets in the hands, and much more. Between the 1950s and the 1980s, Flamenco dresses were the most ornament. That is, designers experimented with laces, ribbons, fringes, patterns as well as fit. It is in the 1980s where we begin to see the modern day Flamenco dress begin to take shape as it becomes more body-conforming. In the 1990s, the dress took on a more sensual feeling which became accented through patterns such as polka dots (which are still popular to this day) and colors. Now that we are in the 21st century, we can see that Flamenco dresses have come to influence the fashion industry by experimenting with textures, lengths, colors patterns, and much more.

Flamenco dance, music and dress is arguably the pinnacle of Spanish culture and history. While international borders to those outside of the European Union may remain closed, for now we can enjoy recorded performance such as this one that took place in Seville, Spain with a glass of imported sangria and homemade tapas straight from our kitchens. To further enjoy Flamenco, Spotify has put together a playlist of both modern and more traditional songs that you can take with you anywhere you are whether it be in Spain or on your couch at home. ¡Hasta la próxima chicxs, y un brindis virtual de sangria!