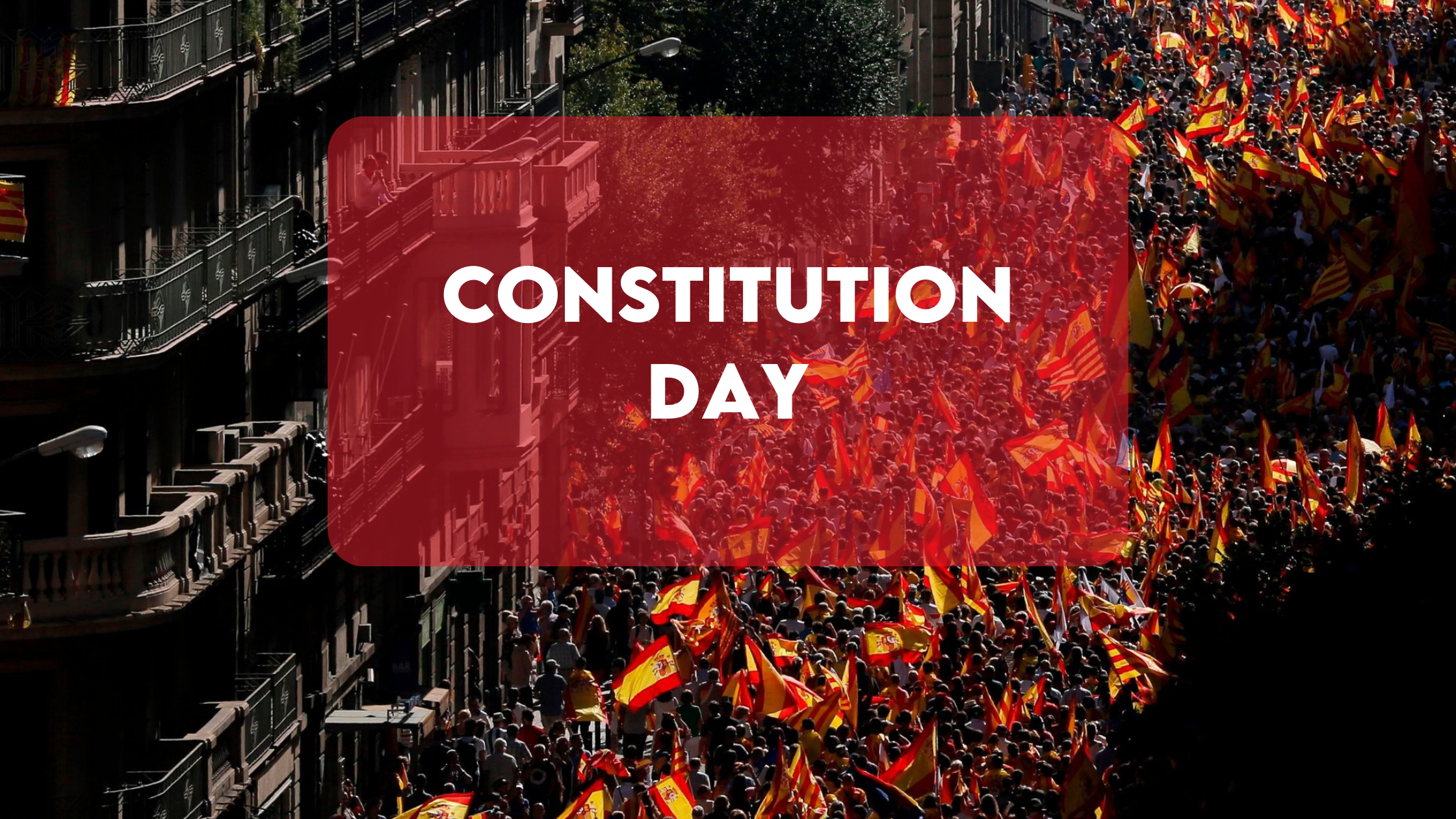 While not here just yet, this week we’ll be covering Constitution Day in Spain which occurs every year on December 6. Constitution Day dates back to June 15, 1978 when an important referendum was passed with 88% of the population voting to approve of this decision. This referendum was passed just a few years after the passing of General Francisco Francisco on November 20, 1975. After his passing, the referendum was said to rejuvenate the country which is why it is celebrated annually in the month of December. Constitution Day is important to Spain because it marks the country’s transition into a stable monarchy and democracy. This holiday is just the beginning of holiday festivities around Spain, as December 8 is regarded as the Day of the Feast of the Immaculate Conception.

From Constitution Day’s establishment, we can further investigate the history of the Spanish flag. As you can see, the Spanish flag consists of two, red horizontal stripes on both the top and bottom of the flag, both of which are separated by a band of yellow. This flag, along with the referendum, are symbolic to the country of Spain for representing equality and progress amongst Spanish citizens. The Constitution of Spain was signed on December 27 by King Juan Carlos, and later enacted on December 29 after its publication in the Spanish Official Gazette. The document in its current state is located in the building of Spanish Congress of Deputies situated on the Carrera de San Jerónimo. To this day, only one change has been made to Spain’s Constitution and that was to grant voting rights to all members of the European Union.

Teachers in classrooms prepare their students for the important day by adding in extra history and government classes regarding the Constitution of Spain. Businesses close their doors and public transportation runs on a modified schedule while many families choose to spend the day together. Each year, a select number of schools are chosen to read the Constitution in the Lower House of parliamentary buildings in Spain’s capital, Madrid. Lastly, parliamentary buildings are open to the public for the occasion, with the government hosting a cocktail party to commemorate the referendum and current day Constitution. We hope you enjoyed this week’s blog post and are able to celebrate this important day in Spanish history! ¡Hasta la próxima chicos!

Madrid: What to Expect Upon Arrival