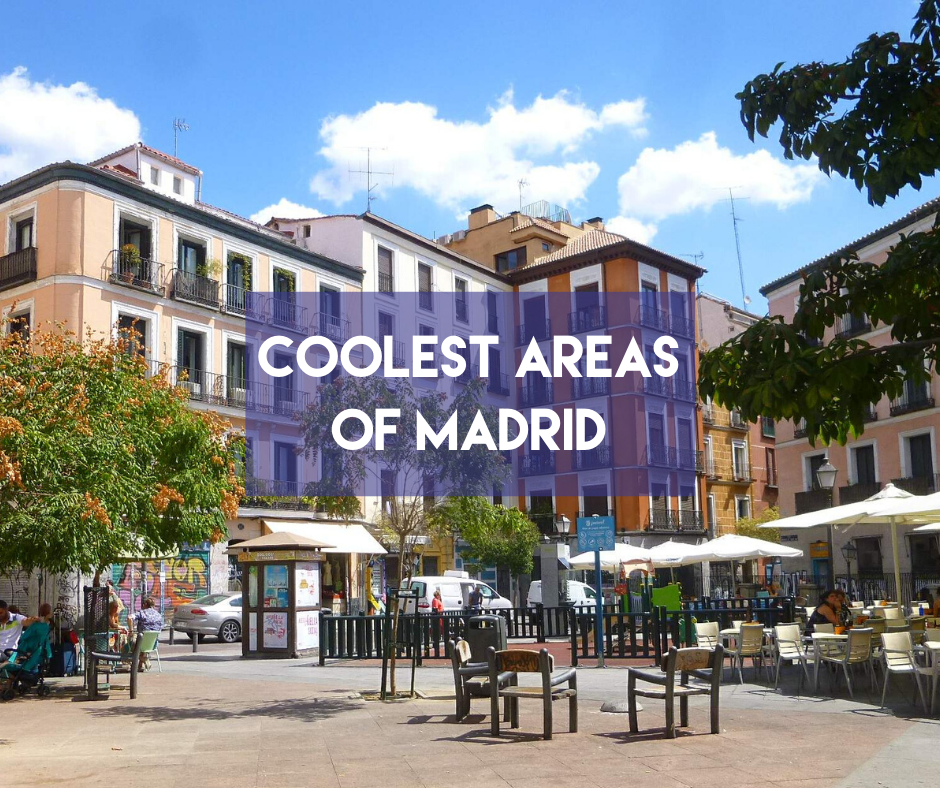 Madrid, the capital and the most densely populated city in Spain. Beautiful, alternative, elegant and cosmopolitan are some words that perfectly characterize this city. The streets are always full of people, especially students. The stores are huge and don’t close before the sun goes down. You can find beautiful restaurants and places to do some interesting sightseeing. The night scene in Madrid is also huge, plenty of clubs and bars where you can enjoy a drink with your friends.

Malasaña is a district sparkling with bohemian and hipster urbanites. It’s often called the mecca of vintage looks and underground culture in Madrid. Modern restaurants and second-hand shops stand alongside traditional bars and markets where people have been going to since forever. It’s also one of the most popular nightlife neighborhoods in the city. Its streets are full with a variety of scenes with all kinds of music attracting the most diverse people. The streets are filled with graffiti so you can enjoy a lot of art around you.

Chueca’s streets are an amazing place for people interested in fun and fashion. During last years Chueca has become an iconic symbol of the open-mindedness of Madrid’s society. The neighborhood is a place where LGBTQ community unites, there is many locations to explore fashion, have fun and be surrounded by an all-can atmosphere. Chueca is also the beating heart of the Gay Pride Festival which is held every year between June and July and fills the streets with music, color, high spirits, and thousands of people who rush to the neighborhood looking for a good time.

El Retiro is one of the biggest parks in Madrid. It belonged to the Spanish monarchy until the late 19th century and became a public park after. There are a bunch of activities to do in the park. You can always find young and old working out since the park has an exercising area for both. There is a beautiful area in the park where rowboats can be rented to paddle around the Estanque Grande del Retiro, and horse-drawn carriages available to rent around the park. If rowing is not your thing there is a solar powered boat you can take instead!

Salamanca is a glamorous, 19th century built area with many gastronomic restaurants and designer shops that can be found at the boulevards. Many of the fashionable locals shop for outfits and more at Platea Madrid, a luxurious market inside a former theater. You can go to Plaza de Toros las Ventas as well, to visit an amazing bull fighting arena. In short, Salamanca consists of many beautiful buildings and places, and is definitely a very cool place to visit.

La Latina is a lively and artistic area that consists of small streets with tapas bars and cantina’s. Within La Latina there are many things to see, for example Mercado de Cebada, which is an enormous building full of small market stands, and the San Pedro el Real church which is a beautiful sight to see. On Sundays the El Rastro market attracts many people who afterwards grab some lunch in one of the cafes or the street food stands.

Lavapiés is a multicultural, artistic, and lively area which is characterized by the medieval streets with amazing Indian restaurants and old Spanish taverns. You can enjoy artistic centers such as Tabacalera and La Casa Encendida. Lavapiés is located near La Reina Sofía museum as well. You can find some more information about the museum through this blog post. This area in Madrid is definitely a place you should visit.

Hopefully this blog post inspired you to visit some of these locations to make your stay in Madrid even better. For more information about trips and activities, visit our website.

History of Madrid: Part I