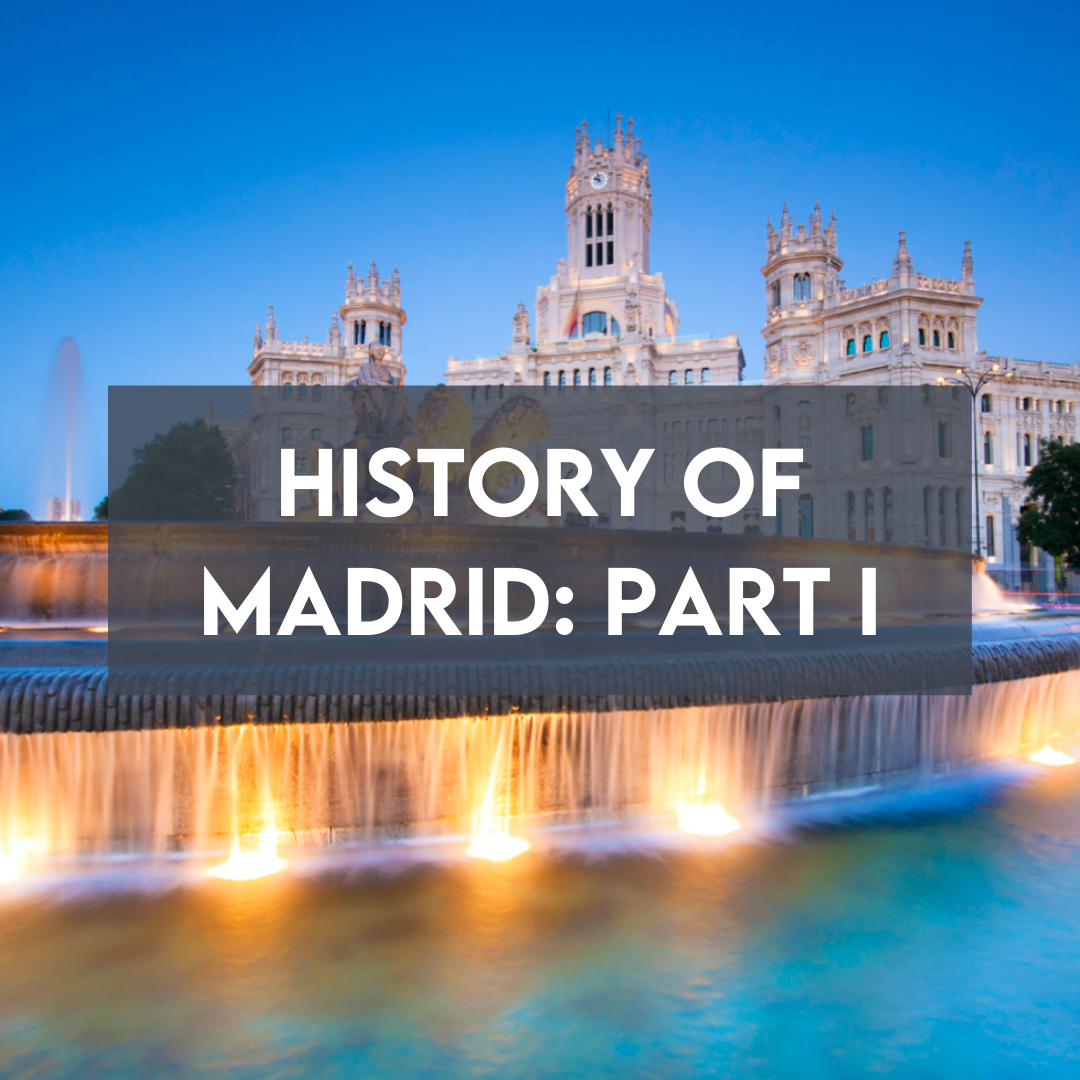 The beautiful, diverse country of Spain is composed of 17 autonomous regions, with Madrid being its capital. Spain has been conquered and been influenced by several different populations whose effects can still be seen and felt to this day when stepping afoot in certain parts of the country. For the purpose of this blog post, we’ll be honing in on the nation’s capital of Madrid and learning more about how this autonomous city came to be the way that is today.

Let’s begin with where Madrid is located in Spain, and what the autonomous region is most commonly known for in today’s age. Madrid, the capital, is the most centrally-located autonomous region of Spain with no access to beaches like other regions but packed with plenty of other fun, exciting and interesting sights and things to do! Madrid was first formally known as Medina which initially surrounded the Alcazar, a castle built during the Moorish conquisition period of Spain. The name of the popular-today city changed to Majerit by the order of King Ramiro II of León once the town’s walls were broken down. Leadership of Madrid was soon taken over by King Alfonso IV of Castile and León in the year 1083 once possession was taken away from the Muslims. The Alcazar suffered damages from an earthquake that shaked the region in the year 1466 from which the region began to expand under the leadership of Monarchs Charles I and Philip II to present-day Calle Mayor and Calle de Segovia. While the Moors still made a presence in southwest Madrid, in a part called Moreria still to this day, the city’s area at the time was approximately 500×900 yards, or 450×825 meters.

Many of the former neighborhoods that once made up the autonomous region no longer exist, but one famous building that still stands today is called the Casa de los Lujanes. As time went on, the population had grown to be 60,000 by the year 1598. When the first drawings of how Madrid would expand, most commonly given credit to Pedro Texiera, the area exploded into a bustling city of 100,000 and 11,000 buildings. During the reign of the Hapsburgs, Madrid expansion grew tremendously. We can thank them for their famous contributions of the Casa de Cisneros, the Segovia Bridge and the church of San Isidro el Real. Most importantly we see the famous Plaza Mayor take place with help from architect Juan Goméz de Mora, who finished building the masterpiece in the year 1619. The Plaza served many purposes for centuries, even after being redesigned after the fire of 1790, such as bullfights, firework showings, and plays.

While we could go on about the history of this beautiful, grand city and autonomous region all day, we hope you will come back next week and read about the latter half of the history of Madrid until its modern-day state. We hope you enjoyed just the small snippet into the vast and diverse history of the capital of Spain, and we look forward to telling the second half of Madrid’s history next week! ¡Hasta la próxima chicos!

Apps that will help you in Madrid

Apps You Should Have in Madrid