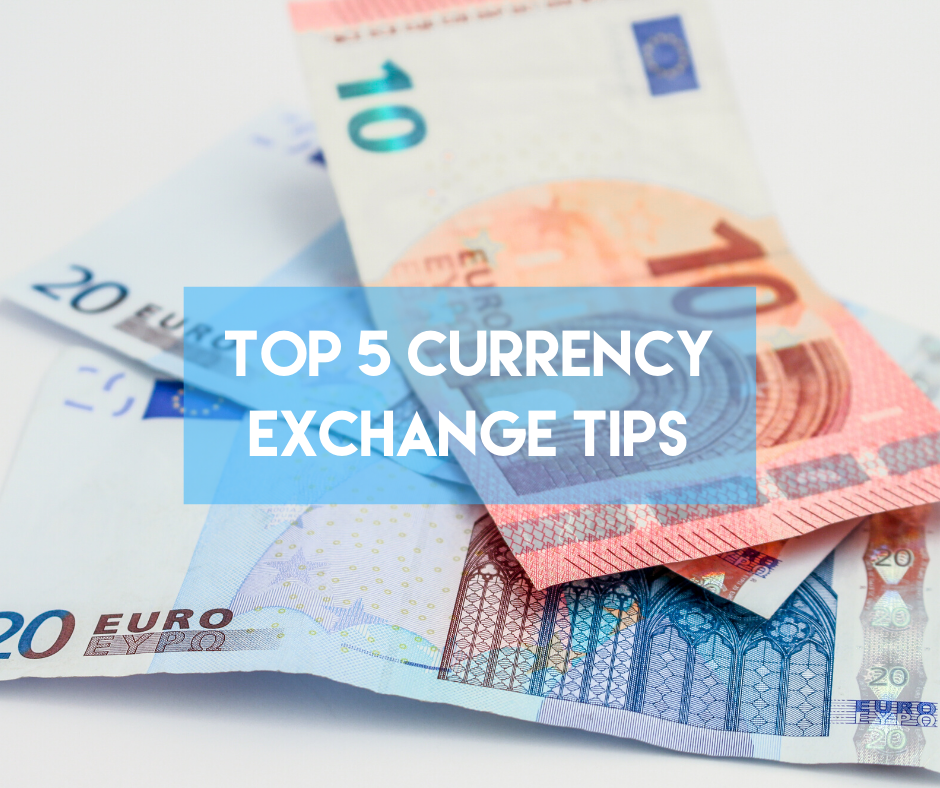 We all know how frustrating currency exchange can be when traveling to a new country. We have all heard horror stories of being charged loads of money just to exchange our own money. It’s a concept that we can’t wrap our heads around. Nothing is more painful to see than our hard earned money go down the drain. In my personal experience, I’ve got to tell you that I made the painful mistake of coming to Spain with a bunch of USD, only to find out that not only was it non sense idea but it was going to cost me a lot to exchange it. I cringed when I heard the attended at the currency exchange window tell me I was only going to receive €337 in exchange for $500. That’s almost $100 difference just to exchange between currencies. I couldn’t believe it, but since then I’ve mastered the international currency game to never make that mistake again. I hope these tips and tricks that I’ve learned can help you in your international journey to save money, time and stress when it comes to currency exchange.

1. Choose to be charged in local currency

Using ATM’s are your best bet if you want to take out cash. I would even recommend this option more than exchanging your money abroad at a currency exchange place. Most ATMs will charge around a $5 fee for banks outside of their network to take out money. This might seem like a lot, but the fee could be a lot more at currency exchange places. This is especially true if you are looking to take out large amounts. If you bank with military banks, they usually do not charge internationally fees as well. Also there is something called the Global ATM Alliance. These are banks within the same network, that won’t charge you to take out money. If you are coming from the U.S, Citibank and Bank of America have partnered with global ATMs and do not charge fees. There is a list below of cooperating ATMs that Bank of America Partners with:

3. Exchange at your home bank

This is the best option if you haven’t already left your home country. Your bank won’t charge crazy exchange rates, because you bank with them. Makes sense why this is the most logic option. If you happen to be staying in a country for a long period of time and you still have leftover cash that you haven’t exchanged, try opening up a local bank account in the country that you traveled to. You are much more likely to get the best rates once you have an international bank account open in the country that you are temporarily living in.

4. Exchange at the Airport

Despite popular belief, this isn’t a bad option. Once you step outside the airport you are much more likely to be charged ridiculous percentages to exchange your money. The airport is a much better option in my experience when it comes to getting good exchange rates and not getting charged high commission percentages. Many airports advertise “No Commission”  exchanges. Be careful with this false advertisement though. Just because it says no commission does not mean you will be paying the best exchange rate. Make sure you look up the exchange rate yourself, and have the attendant show you on the calculator.

5. Change currency away from tourist areas

The worst place to exchange currency is in the center of the city. Although it might be tempting because they’re on every corner, do not fall into this trap. In Madrid, Puerta Del Sol is definitely the worst place. Remember my story in the beginning? This is where that happened. The best place in Madrid, from reviews, is at the Plaza de España metro station. Anywhere far away from the center is safer. If you do decide to exchange at one of the many places near Puerto Del Sol, make sure it is a small amount. Don’t be afraid to haggle either, you’d be surprised on how far you can get.

The moral of the story is, it is much wiser to exchange your money before you do your traveling. If you don’t have this luxury there are many banks that partner with international ATM’s to take out cash while you’re abroad. If all else fails DO YOUR RESEARCH, because however you choose to exchange your currency you will end up with less money than you had in the beginning.