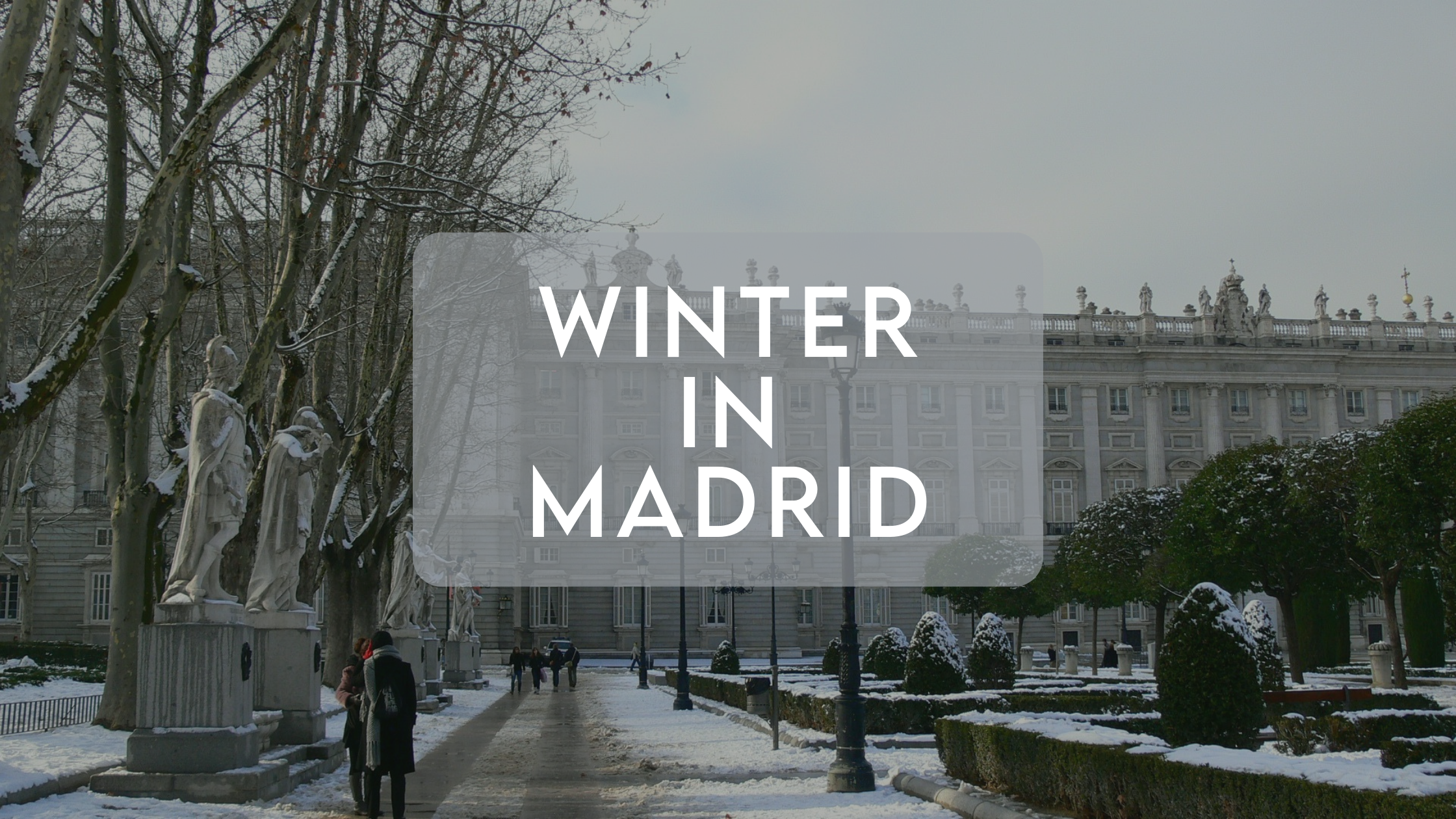 While not technically here, one could argue that Winter is right around the corner with the solstice being December 23rd. The weather in Madrid during the winter months tends to be cold and dry, with snow most likely to fall in the city during late December and early January. It is said that the city oftentimes has sunny, clear skies allowing for the sun to keep temperatures relatively mild. Of course, with any country, as you go throughout Spain you will see that the weather can dramatically differ depending on the region in which you are in. Southern Spain tends to be quite warm, so if you consider yourself a snowbird be sure to check out the beaches on the coast of Andalucia. On the other hand, the northeast corner of Spain and throughout the southwestern part of France you can find yourself bundling up and putting on your ski gear because it’s bound to be quite cold with a lot more snowfall than that of the capital city. For the purpose of this blog post, we are going to talk about 3 things you can do during the winter months in Madrid, Spain.

Madrid is, without a doubt, the place to be for all four seasons in Spain but don’t let winter weather squash your plans to come to the city capital. Madrid has plenty of places and attractions to visit and keep you on your toes during the wintry months, some of them being the Christmas lights and festivities throughout the barrios of Madrid, New Year’s traditions, the King’s Parade and much more. Each year, beginning at the end of November, Spanish artists and architects come together to adorn the city with eco-friendly, twinkling lights that you won’t want to miss. Throughout the cities of Alcalá de Henares and Cibeles, the Calle Alcalá was decorated with lights to resemble that of a starry night’s sky. Furthermore, Calle Serrano had lights strung to reflect fashion trends throughout Madrid and pay tribute to the most fashion-forward street of the capital.

Additionally, at New Years everyone comes to flock the Puerta del Sol and partake in Spain’s traditions to ring in the new year. All tv screens are lit up with live footage of the Puerta del Sol and eat 12 grapes in sync with the chimes of the Real Casa de Correos clock. This is a tradition that is said to date back to 1909 when there was a surplus of grapes and were said to be given away to citizens as the winemakers’ solution. Lastly, the Three King’s Parade is one of the most important celebrations of Spanish Christmas. In Spain, the night of January 5th families come together and celebrate the arrival of the Three Wise Men or Kings in which they leave behind presents for everyone in the household. This special day, January 6th, is celebrated on the night of the 5th with a large parade that features the Three Kings from the East, Melchior, Gaspar and Balthazar, who come to bring peace and solidarity for everyone in Spain. While this list isn’t exhaustive of the attractions that may catch your eye in Madrid, we hope this incentivizes you to come visit Spain during the winter months and partake in some of the most important cultural festivities the country has to offer! ¡Hasta la próxima chicos!

What essentials do you need to pack for your suitcase to Madrid?