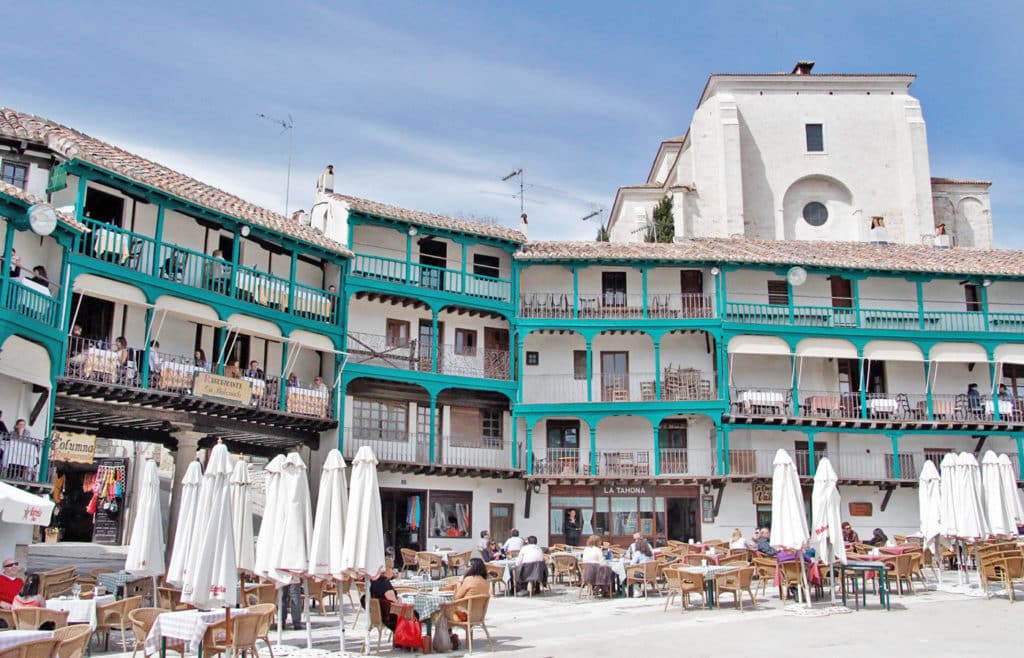 The Abono Joven (Youth Public Transport Card) is one of the most useful tools students have to get around Madrid. But do you know the coolest places you can get with this card?

Toledo, the regional capital of Castilla la Mancha, is one of the most beautiful cities that we can visit from Madrid with our Abono Joven.

It is a city with a long history, it was the main seat of the court of Charles I and has been populated by Christians, Jews, and Muslims.

The Tagus River, the longest in the Iberian Peninsula, flows through the city and there are plenty of things to see:

To go to Toledo with the travel pass we can take the Alsa bus with the code VAC 023. It leaves from Plaza Elíptica (which can be reached by Metro, lines 6 and 11). On the CRTM website we have the timetables for the outward and return journeys. The journey takes about 75 minutes, i.e. 1 hour and 15 minutes. There are also some timetables with direct express service to Toledo in 50 minutes. It stops at the Toledo bus station, on Avenida de Castilla la Mancha. From there we can walk to the city centre in 10-15 minutes.

We can also go to Toledo by AVANT train, but it does not belong to the Cercanías network, so it is not included in the travel pass. The journey takes 33 minutes and costs €12.90 one way and the same amount for the return journey. 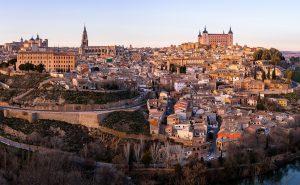 Aranjuez is another of the Royal Sites of the Crown of Spain, since Felipe II named it as such in 1560. It is located to the south of the capital and is bordered by the Tagus and Jarama rivers. It’s one of the main destinations for people who want to use their Abono Joven!

It is a very peaceful place to visit, focusing on seeing the Royal Palace, strolling through its gardens, seeing the different fountains…

In this historic municipality we can visit:

We can get to Aranjuez by Cercanías train, all those whose last stop is «Aranjuez», from Atocha the journey takes 45 minutes. Timetables on the Renfe Cercanías website. 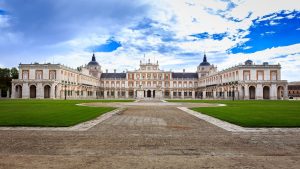 In the southeast of the Community of Madrid, 44km from the capital, we find this small town famous for its Plaza Mayor and it’s easily reachable with the Abono Joven.

Its Plaza Mayor is a classic from the Middle Ages. It is full of arcades and balconies built since the 15th century. Numerous activities have taken place here, and in summer it is usually the site of bullfights.

Apart from the Plaza, we can visit the Church of Nuestra Señora de la Asunción, the Clock Tower, the Castle of the Counts, the convent of San Agustín.

This bus leaves from Conde de Casal (where we can get there by Metro, line 6). On the CRTM website you can find the timetables for the outward and return journeys. The journey takes between 45min and 60min, depending on the timetable and the towns where it stops.

Those who do not yet have an Abono Joven can apply for it online (they will receive it at home between 7 and 15 working days after requesting it), or in person at the Public Transport Card Management Offices (by making an appointment on 012 or at tarjetatransportepublico.crtm.es). The cost of issuing the card is €4.

3 hidden places in Madrid you didn’t know were amazing