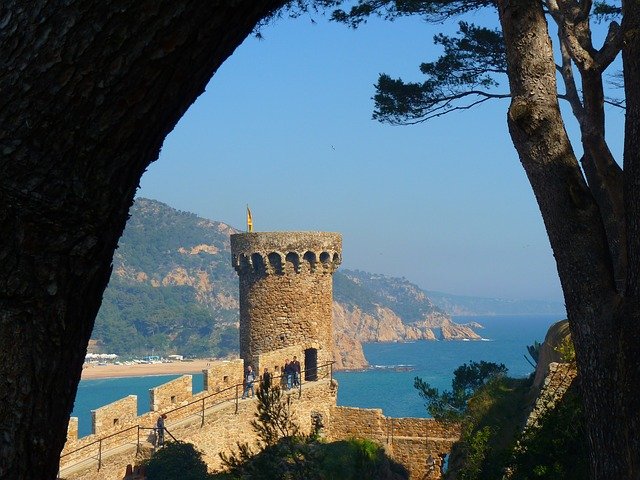 When traveling it is always important to prepare yourself for the country you are going to. What will the culture, weather, and atmosphere be like? Spain is not the same as many other countries. To prepare you for coming to Spain, here are four things you need to know when coming to Spain!

One of the reasons why people love to travel to Spain is the great weather. The average temperature in the summer is between 18 and 30 degrees Celsius. However, sometimes it gets even hotter! During heatwaves the temperature can rise to 40 degrees Celsius. If you do not like the heat, do not worry! In the winter Spain cools down a lot. The winters in Madrid are usually between 4 and 12 degrees Celsius. Keep this change in temperatures in mind when packing your suitcase!

Next, something you should be aware about when traveling to Spain, are the timetables. When it comes to eating times for example, in Spain people like to eat late. The breakfast is usually eaten between 9 and 11 a.m., the lunch between 2 and 4 p.m., and dinner between 9 and 11 p.m. This is not usual in every country, so it is good to know beforehand! Also, the Spanish are very flexible with their time. Not everything is planned very strictly, and it is common to make last minute changes of plans.

In addition, food is very important in Spain. Some of the most famous and typical dishes are paella, tortilla Española, and patatas bravas. A typical way of having dinner in Spain is tapas. Tapas are small dishes that can be ordered in quantities. In most restaurants and bars, you get one tapa for free after ordering a drink. When you travel to cities close to the Mediterranean Sea, it is also very common to find a lot of seafood. Dishes such as clams, shrimps, and mussels are eaten a lot.

Lastly, when arriving in Spain, you will notice that Spanish people are very welcoming. They usually are invested and interested in what you have to say. Also, they are very approachable. In big cities such as Madrid, they are used to foreign students and workers a lot. So, they will not be surprised if you for example approach them speaking English. Something that might be different in Spain in comparison to other countries, is that Spanish people are very expressive and comfortable with physical touch. For example, they greet by giving to kisses on the cheek.

For further information, do not hesitate to contact us at [email protected]

The three lungs of Madrid