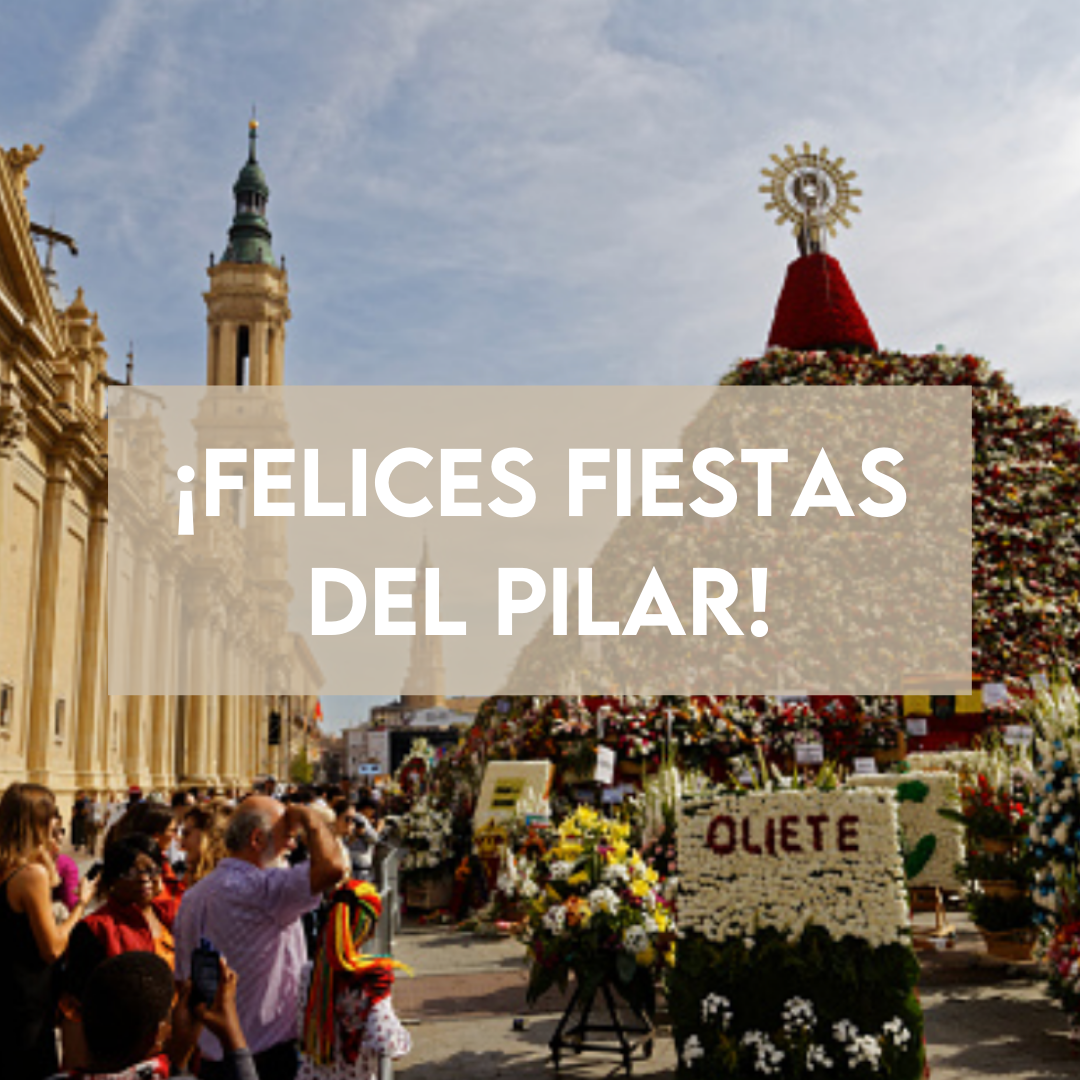 This is a busy week for the country of Spain, between La Fiesta Nacional de España and Las Fiestas del Pilar. For the purpose of this article, we will be discussing the history of Las Fiestas Del Pilar as well as the traditions that follow. Like La Fiesta Nacional de España, Las Fiestas del Pilar is celebrated on October 12 and consists of a week-long worth of traditions. The holiday dates back to 40 AD when, in an effort to spread Christianity to a Pagan-dominated population, St. James the Apostle came to Zarazoga. Before January 2, it is believed that St. James the Apostle was asked by the Virgin Mary, who is located upon a marble pillar, to build a church on the exact land in which he was standing upon. As a result, we now have the Basilica del Pilar which initially was designed in the year 1681 and wasn’t finished until well into the 20th century. The pillar in which Mary stood upon is located within the Holy Chapel, also known as the Capilla Santa, of the Basilica.

Although the official day in which the holiday is celebrated is October 12, be prepared to celebrate with a week’s worth of dancing and music while basking in Spain’s rich history and culture. Music is all inclusive during this time, with reggae, pop, rock, jazz and folk making an appearance during this holiday’s celebration. At times, flamenco dancers will be seen but Jota dancing, a tradition that dates back to the 1600s, will also take place in the streets and feel free to join in and learn! Something that makes this tradition quite unique is the parade of “big heads” and “giants”, also referred to as los gigantes y cabezudos, figures that join the crowd. Celebrations in other neighborhoods may vary, but typically include fireworks, music and a lot of dancing. When visiting Spain in the month of October, be sure to take part in these traditions and become a local for the week! ¡Hasta la próxima chicos!

5 random things you did not know were Spanish inventions