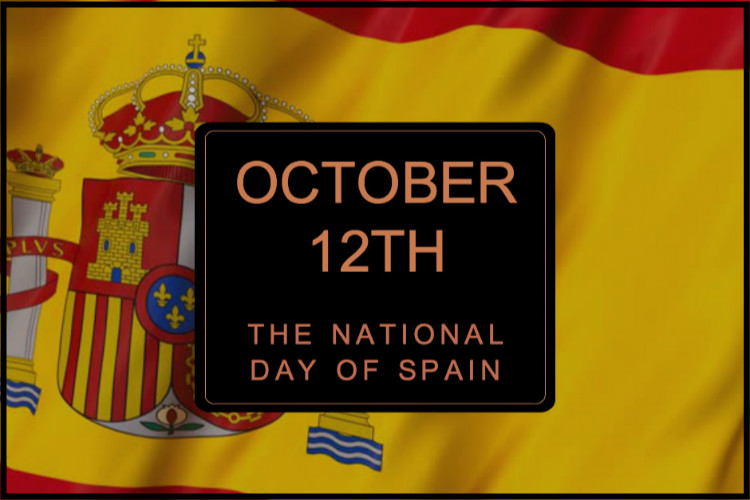 Have you seen one of the traditional festivals in Spain? In the beginning of September there have already been plenty of festivals, for instance: Las Fallas in Valencia and Fiesta de Cascamorras nearby Granada. Also, in the end of September there will be the festivals La Mercé in Barcelona and Feria de San Miquel in Sevilla. Every region in Spain has a different festival that they are celebrating, but there is one that will be celebrated everywhere. That is the National Day of Spain. This is the most important and biggest festival in Spain and a must, to experience as an exchange student.

Here is a timeline from all the upcoming traditional festivals of each region in Spain. Because of the COVID regulations some festivals will be held differently this year.

This festival is always held in the third week of September. At this day people get on the streets going to the center dressed up as demons and there will be fire everywhere.

This festival takes approximately five days and is celebrated in honor of Mare de Deu de la Mercé, the patron saint of Barcelona. The city will be full of music parades and light shows.

On this day there are bullfights organized in the feria de San Miguel which is in Sevilla.

During the day everything is closed in Valencia and there are parades everywhere. This day is especially for the saint patron of lovers. At this day the men give their sweethearts a silk scarf which is a tradition called ‘Mocaorà’.

This festival is held in remembrance of the Spanish legacy.

If you are interested in traditional festivals another time in the year, you can find some more information here.

The National Day of Spain is the most important traditional day in Spain and called ‘Día de la Hispanidad’. On 12 October 1492, Christopher Columbus discovered the new world under the Spanish flag. From that moment everybody in Spain has celebrated the new world he had discovered. A fun fact is that Columbus thought he was in India.

Every year this day is celebrated throughout Spain and especially in the capital Madrid. All shops and businesses are therefore closed on this day. Impressive military parades are given, and the royal couple also makes an entrance in the city center. The royal couple Felipe and Letizia always come to Plaza del Neptuno to see the parade from a special grandstand. In addition, there are also greetings with the military authorities and the royal couple. Due to the corona circumstances, the royal couple has not been able to show themselves in the past year.

If you want to know more about anything in Madrid then also check out our other blogs here.

By: Chelsea Harnas, The Hague University of Applied Sciences  ’21

What do you need to do while in Spain